Let’s face it, we could all use more money, especially as business owners. Money is the #1 stressor of most creative entrepreneurs. And a lack of funds isn’t the only thing stressing them out. Creatives often struggle with cultivating a positive mindset toward money and find themselves avoiding their finances. Incorporating crystals for money manifesting in your business practices is one way to help give your money mojo a boost and attract prosperity. Think of these shiny rocks as yet another tool to help you embrace a healthy money mindset. When combined with financial planning and boundary setting, you might find that crystals add the magic spark you’ve been looking for.

If you’re new to crystals and unsure of where to start, use this as a guide to select the most powerful crystals for money attraction and inviting more money into your orbit. We encourage you to embrace your intuition. If any of these are calling out to you, trust your instincts and give them a try! You might find that certain stones vibe better with your natural energy than others. Pyrite is an iron sulfide crystal that is golden in color. It can take on many different forms but is most often seen in its cubic form (shown above). It’s named for the Greek word for fire as it creates sparks when struck.

One of our favorite stones for money, flashy Pyrite is always at the top of the list when it comes to talking about crystals for attracting cold, hard cash. It is known as “Fool’s Gold” for its similar appearance to gold. Though it’s not as rare or valuable as its doppelganger, its true value lies in its energetic properties. For centuries, people have worn Pyrite as a lucky talisman to invite abundance and prosperity. It is also believed to increase mental clarity which can help you get real about your money situation and create a financial plan for your business. A form of Quartz, Citrine gets its yellow color from iron molecules suspended within the crystal. Natural Citrine is often smoky in color due to exposure to radiation beneath the earth’s surface. Its name comes from the French word “citron” meaning lemon.

Citrine is a manifesting powerhouse that will help you to materialize your goals and intentions. This must be why the art director(s) for Wonder Woman 1984 selected it as their all-powerful “Dreamstone.” Citrine is a high vibing stone known as the Merchant’s Stone, perfect for business owners. Keep a small piece in your wallet or set it on top of some cash to attract more. This joyful, yellow stone is also known for increasing your confidence and cultivating your personal power– which will help you make smart money decisions and feel good about them. Vibrant green with a vitreous luster, Emerald is a member of the Beryl crystal family, including Aquamarine and Morganite. Its name comes from the Old French word “esmeralde,” which came from a Greek word meaning green gem.

Emerald was one of Cleopatra’s favorite precious gemstones. As other members of royalty took note, Emerald’s popularity grew, solidifying its reputation as a stone of wealth and abundance. According to the Law of Attraction, like attracts like– meaning objects or people with similar vibrational energies are attracted to one another naturally. So it comes as no surprise then that many crystals for money are green. If you’re looking to call in more cash flow to your business, wear a piece of Emerald jewelry or keep some in your office space. Garnets are a group of silicate crystals and they can be any color, though red is the most common. Artifacts containing Garnet have been found that date back to the Bronze Age (3300 – 1200 BC). Its name comes from the Latin word for seed or grain because it was thought that Garnet resembled pomegranate seeds.

You may recognize this red crystal, one of the oldest known gemstones, Garnet has been used for jewelry making and decoration since ancient times. Like Citrine, it is known for its ability to make your dreams a reality with its powers of manifestation. If you’re feeling drained and unmotivated, fiery Garnet can help to reignite your passion and remind you why you do the work that you chose to do. If you find yourself traveling often for business, it might be wise to bring some Garnet with you as it’s not only a crystal of money abundance but one of protection that promises to return you home safely.

Tried and true methods are called that because they are tried and true. In short, they work. There’s nothing wrong with sticking by the traditional money practices that work for you. But if you find yourself feeling like something is missing, give one or more of these crystals for money a try! You might just catch that lucky break or find that more money is flowing into your accounts.

If you’re feeling inspired to incorporate more magic into your business, check out replays of our favorite woo-themed event, The Gathering. You’ll learn about how to incorporate other magical tools into all areas of your business through workshops and panel discussions. Or join us for one of our New Moon Circles where we practice setting intentions and explore the energies of the current moon cycle. Both are available to members of the Being Boss Clubhouse for only $77/month. Sign up for your free 14-day trial today! 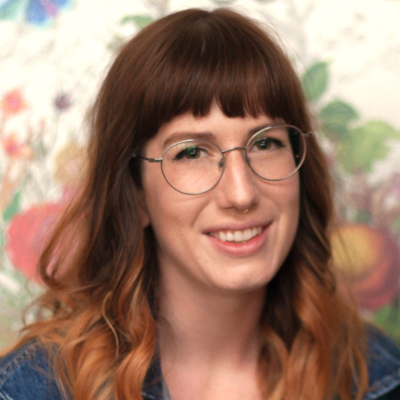 Meri Wright is the Special Project Manager at Being Boss. She was previously the Business Manager of Almanac Supply Co., where her appreciation for crystals grew into a lifelong passion through education and establishing a daily crystal practice.